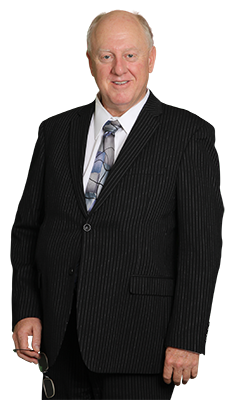 Mr. Segal has litigated cases for more than 30 years in California, Texas, and Florida. Mr. Segal has an AV rating in Martindale-Hubbell. He has been specially appointed as a mediator, arbitrator, and settlement conference panelist in various Bay Area County Superior Courts. He does private mediations and binding arbitrations. In 2008, Mr. Segal became an Associate Member of the American Board of Trial Advocates. His current rank is Advocate. He is a past President of Northern California Fraud Investigators Association 2002/2003 (ncfia.org), and is active in providing fraud training seminars for the insurance industry and related organizations.

Mr. Segal has completed over 100 jury trials, and hundreds of mediations and arbitrations.  He has settled hundreds of dog bite cases in California, Florida and Texas.

Other
Mr. Segal is specially appointed as a mediator, arbitrator and settlement conference panelist for various Bay Area Superior Courts including San Francisco, Marin County, Contra Costa, and Alameda Counties. He has served on a variety of legal training panels for the National Business Institute.  He is a member of both the Northern and Southern California Fraud Investigators Associations and is Program Committee Co-Chairperson for the 1997 NCFIA Annual Conference.