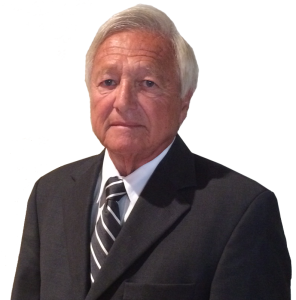 Mr. Kern is the founder of Kern, Segal & Murray. He has practiced law for more than four decades, and he, as well as the firm, has an AV rating in Martindale-Hubbell. He has been named to Northern California Super Lawyers, Top Lawyers in San Francisco 2018, has been a member of the American Board of Trial Advocates (ABOTA) since 1981, and he is listed in Best Lawyers in America. He is past president of the San Francisco Defense Counsel Association, past president of the University of San Francisco Inns of Court (USF), and specializes in general civil litigation primarily for defense interests.

Mr. Kern was admitted to the California Bar in 1970, matriculated through Golden Gate University, and received  his Doctor of Jurisprudence in 1969, and graduated the University of Wisconsin, Madison with a Bachelor of Science in 1965.

Mr. Kern has been called upon extensively to participate as a panelist, lecturer, and presenter for various legal organizations. He has participated in the University of San Francisco Law School Intensive Advocacy Program involving various subjects such as voir dire, direct and cross examination, and opening and closing arguments. He has been a Moot Court Judge for San Francisco Law School and the National Moot Court presentations. The Association of Defense Counsel (ADC) has called upon him to participate in various seminars, “Handling Personal Injury Cases,” “Discovery and Trial Presentation at the 11th Hour,” “Jury Selection,” and “Basic Training Program.” He has presented for the Rutter Group on Prop. 51. He participated in a panel for the Continuing Education for the Bar (CEB) “Opening Statements and Closing Arguments as Taught by California’s Top Trial Attorneys.” He has been a panelist for the California Trial Lawyers Association regarding “Jury Selection.” The American College of Legal Medicine called upon him to participate in a seminar entitled “Trying an Automobile Injury Case in California.” He has presented for the National Conference of Fraud Investigators Association program entitled “Cross Examination of the Plaintiff’s Chiropractor.”

The American Board of Trial Advocates (ABOTA) presents the “Masters in Trial” on an annual basis. Mr. Kern has been selected on three occasions to participate as a presenter on the subjects of voir dire, cross-examination of the plaintiff, and surveillance. ABOTA also has a program on “Civility” at various Bay Area Law schools, and Mr. Kern was a panelist at Golden Gate Law School.

He has also participated at the request of the California Superior Court Judges Association. He participated in the mock trial settlement conference film and live presentation for the California Judicial Council Educational Program for Superior Court Judges. He has sat as a small claims judge. He was selected as one of the members of the pilot arbitration program supervised by the California State Legislature, which adopted the arbitration program under the California Rules of Civil Procedure. He has sat as an arbitrator for the superior courts for the City and County of San Francisco. He has sat as a superior court judge for jury trials and settlement conferences. He is presently on the list of neutral arbitrators for Kaiser Foundation Hospitals.

In 2006, he sat on the San Francisco Civil Grand Jury and rendered reports to the City and County of San Francisco.

Best lawyers of Northern California awarded Lawrence Kern the 2018 lawyer of the Year for personal injury defense for San Francisco.