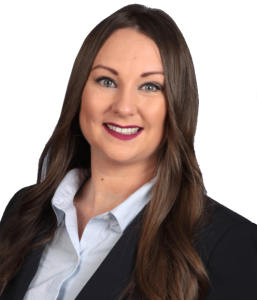 Bryana McGuirk was admitted to the State Bar of California and joined the firm in 2016. She graduated from Sacramento State in 2013 with a Bachelor of Arts degree in Psychology. She earned her Juris Doctorate from Golden Gate University School of Law in 2016 with an emphasis in litigation.

During law school, Ms. McGuirk was selected to Golden Gate University, School of Law’s Summer Trial & Evidence Program and Moot Court Board. She received the Witkin Award for Academic Excellence in Criminal Procedure and the Cali Award for Academic Excellence in Appellate Advocacy. While attending law school, Ms. McGuirk worked at the San Francisco Public Defender’s Office in the felony unit and served as a teaching assistant to Professor Kathleen Morris.

Growing up in an avid sports family and having three older brothers, Ms. McGuirk’s spare time is often spent cheering on the San Francisco Giants and Golden State Warriors.